Out of nothing, in a Nintendo Direct just before Chrismas, they annonced NES Remix and the game was available for download right afterwards.

If you played Wario Ware, you get the idea of NES Remix. You got 200 challenges from a collection of 16 old NES games, including remixes. It’s Donkey Kong, Excitebike, Mario Bros., Balloon Fight and Super Mario Bros. among others.

A challenge can be like collecting all the coins, kill an enemy, get a fruit… you get the idea. And there is a timelimit too. Some of the stages have only one challenge, while most of them have three to four.

Depending on how well you perform, you earn stars and will unlock new stages in Remix and new stamps which can be used in Miiverse messages.

NES Remix is very well integrated into Miiverse. At every stage you will see a ‘speechboble‘ with comments on that level and their clear time. Though I miss a highscore/best time list for the stages. 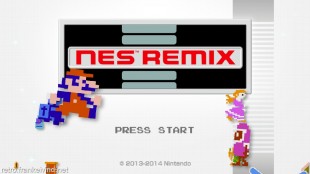 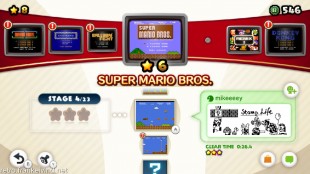 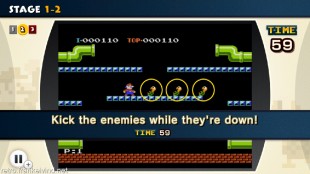 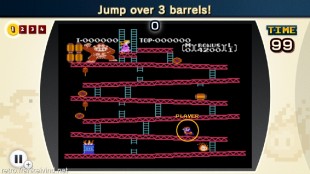 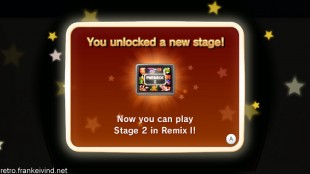 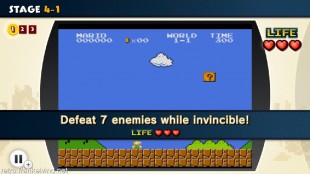