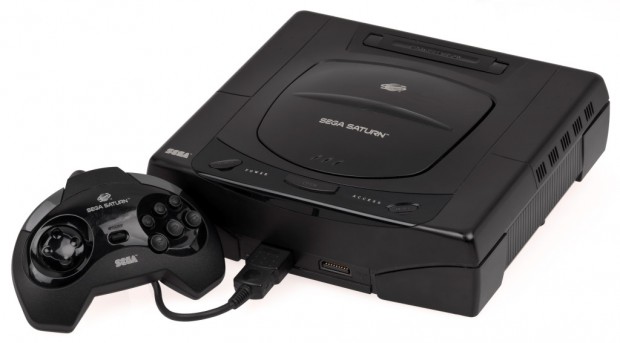 Sega Saturn was released in Japan on November 22, 1994. So this makes it the 20th anniversary for the Sega Saturn.

Sega had a week’s head start on Sony, which released the Playstation (aka PS One) on December 3. But in the in, Sony won that war with around 102 million sold PSOnes. Sega only sold 9.5 million Saturns, which is seen as a commersial failure.

The Saturn was released in USA and Europe in May and June 1995.

One of the problems for the Sega Saturn, was the hardware. All though it was very impressive, it was too complicated to program. The Saturn had 8 processor! The Sega Saturn had two video CPUs. One that handled sprites, textures and polygones (DVP1) and one that took care of the background (DVP2). It had one sound processor, some help CPUs and a Hitachi SH-2 (main CPU). The Sega Saturn was a 32-bit console.

Sonic X-treme was maybe the most talked about game for the Saturn, but i was never released. But out of the games that was released, many was Sega arcade-ports like Daytona USA, Die Hard Arcade, Sega Rally, Virtua Cop and Virtua Fighter.

Panzer Dragoon Saga and Nights Into Dreams are games that har very high on many Top 10-gameslist.