The Nintendo DS is 10 years old 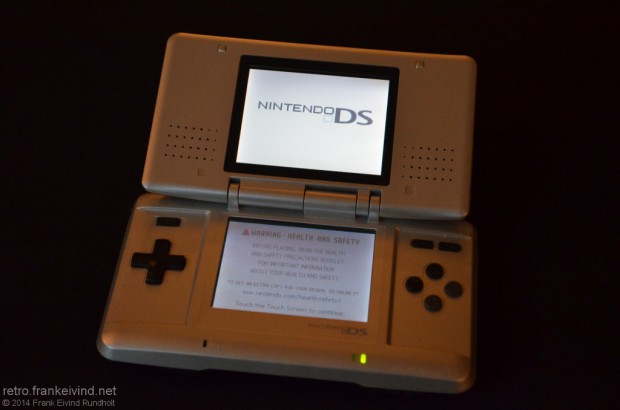 Nintendo DS was well received, when it was first shown on E3 in May 2004. But Nintendo had allready given a hint of the a new console as early as January the same year.

Nintendo DS was released in USA on November 21, 2004. Which mean the 10th anniversary of the console. Japan followed on December 2 the same year. While Europe had to wait until March 11, 2005 to get their hands on the Nintendo DS.

I was very excited about the Nintendo DS. And since a European launch wasn’t until March 2005, I bought a Nintendo DS with Super Mario 64 DS on eBay in mid-December. 3 month before the launch in Norway.

Nintendo DS was released as the third pillar. It was supposed to be a supplement to GameCube and Game Boy Advance. It turned out relatively quickly that DS took over for  GBA. Nintendo DS has sold about 154 million units (all models included). This makes it the second most sold console sold ever, only beaten by Playstation 2. As a comparison, the DS sold about 35 million units more than the Game Boy.

Nintendo DS has two screens, both with a resolution of 256 x 192. The bottom screen is a touchscreen. The DS has 4MB of RAM and two ARM-processor running at 33 and 67 MHz. It also has Wi-Fi (802.11) support, so you could play supported games online. The Nintendo DS is compatible with Game Boy Advance games, which made it much easier at the time to jump from the GBA to the new DS.

This is Nintendo’s first handheld with dedicated 3D grahics on a Nintendo 64 level. It also does 2D very well.

The original DS often goes under the name DS phat, because of its size. At least compared to the DS Lite which was released in 2006. In 2008, Nintendo released the Nintendo DSi which was a small hardware upgrade from the original DS.

Nintendo DS came with some inbuild software. Pictochat was sort of a chat program. With it, you could send small textmessages or drawings to others… if they where in the same room. The idea was good, but wasn’t that much usefull since you only could send to people you allready where in contact with. It they only had used Internet…

A very usefull feature on the Nintendo DS is Download Play. With that, you could play multiplayer games with only one game cartrigde. Games that supported Download Play, downloaded the needed software to the other players (up to four). This function was also used by stores to download demos onto the DS. It was probably more in use in USA and Japan, since I never saw that in Norway. At a later time, Nintendo released the Nintendo Channel on the Wii so you could use that console to download demos to the DS.

I really liked that the Nintendo DS was regionfree. I imported some Phoenix Wright (Gyakuten Saiban in Japanese) games which was only released in Japan. And it made it easy to buy cheaper from the states too. I’m not sure, but I guess I have around 30 DS games.

So, the Nintendo DS is 10 years old. What are your memories of this console?