The father of videogames Ralph H. Baer has passed away

Posted on December 8, 2014 by frankeivind 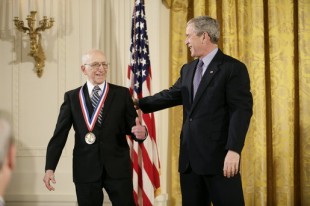 Baer was born on March 8, 1922 in Germany. He moved to USA before World War II. He was an inventor, engineer and video game pioneer.

In the 60s he worked on a videogame console prototype called The Brown Box. This console was later released in 1972 under the name Magnavox Odyssey.

This entry was posted in retro. Bookmark the permalink.