The Story of… Pokémon 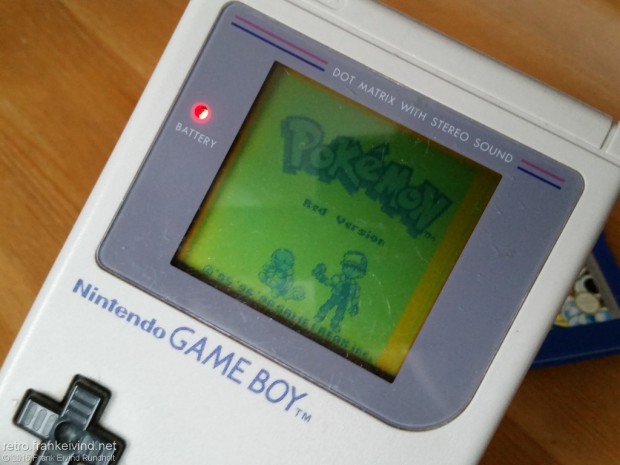 In 1996 some small animals appeared on the Nintendo Game Boy in Japan. These Pocket Monsters is later known as Pokémon when the games was released in USA and Europe some years later.

In Pokémon you controll the main character in birdperspective in a part of Kanto in a hunt to master Pokémon fights. The goal is to become region master. To do that, you have to beat the best Pokémon trainers in the country, the Elite four. You’re training your own Pokémon and challange the other trainers in the game.

Another goal in the game, is to get a complete Pokédex. It’s an encyclopedia which can hold 151 Pokémon, if you can catch’em all.

To collect all the 151 Pokémon, you have to play both Pokémon Red and Pokémon Blue. The 151th Pokémon (Mew) was only available at special Nintendo events and with the use of Pokémon Stadium on Nintendo 64. But it’s also possible to catch it exploit a bug in the game.

The two first Pokémon games, Pokémon Red and Pokémon Green was released on February 27, 1996. Later that year, Pokémon Blue was released in Japan on mailorder only. Blue had updated graphics and new dialogue. Pokémon Red and Pokémon Blue was based on the Japanese Blue when these games was released in September 1998 in USA and May 1999 in Europe. Because of bad source code in the Japanese versions of Pokémon, the developers couldn’t just remove the Japanese text and exchange it with English. The games had to be re-programmed.

These means that the Japanese Pokémon Red and Green is exlusive for Japan and also have Pokémons that is not availbale in Red and Blue released in the West.

There was also an enhanced version of the games, released as Pokémon Yellow. The graphics was closer to the anime-series of Pokémon. The game also utilize the grahics powers of Game Boy Color.

Pokémon became big business and the most known Pokémon, Picachu, have appeared on everything from t-shirts, lunchboxes to you name it… Including anime shows and movies.

Pokémon have had a lot of sequals over the years on different Nintendo consoles, but the games main platform have always been the Nintendo handhels.

This article is a translation from my original Norwegian article published in retrospilling.no.