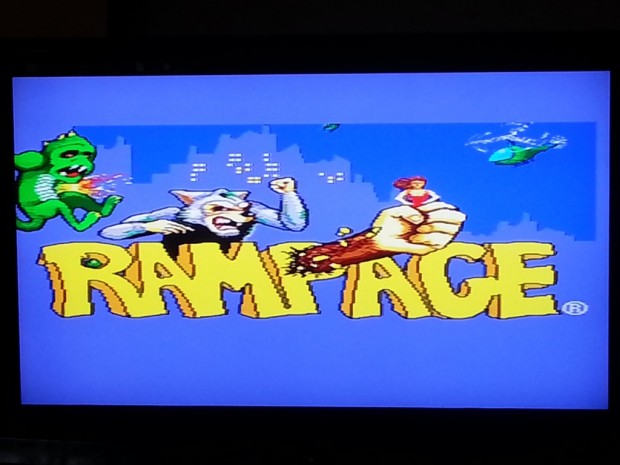 Rampage is an arcade game released in 1986 and converted to the Sega Master System in 1988.

You play as a mutated human and can choose from three different characters. George is a gorilla, Lizzie is a lizard and Raplh is a werewolf. Your object is to destroy the buildings in 10 different cities (San Fransisco, Los Angeles, Las Vegas, Dallas, St. Louis, Chicago, Detroit, Baltimore, Philadelphia and New York).

To quote the back of gamebox:

Mass destruction has never been so much fun! And arcade superstars Ralph the Wolf, George the Ape and Lizzie the Lizard make a riotous wrecking crew. So go wild! Crunch the Concrete. Trash a Trolley. Snack on a Soldier. Have an Office Building for Lunch. Go on a RAMPAGE!

The game is fun for the first run of levels. But there is 50 rounds of the same; climb a building and destroy it. For me, Rampage is too repetitive, a game you can skip. 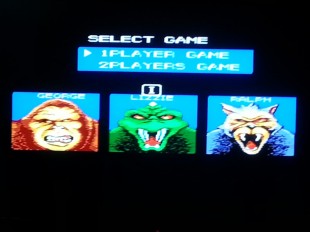 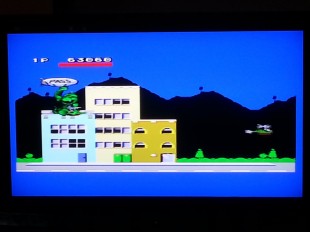 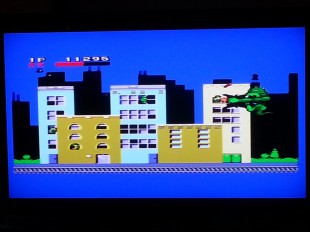 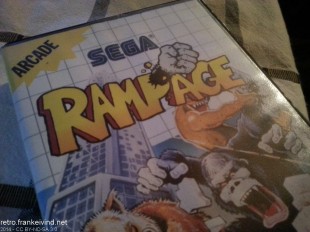