Rare Replay to Xbox One in August

I look forward to August 4 when the Rare Replay collection is out for the Xbox One. The game was announced at Microsoft’s pressbriefing at E3 in June.

The collection will contain 30 classic Rare games from 1983 to 2008. You will among others find games like Jetpac, Atic Atac, Sabre Wulf, Underwurlde, Knight Lore, Battletoads, Banjo-Kazooie and Perfect Dark. For a complete list, check the bottom of this page. The disc will also come with bonus content.

It looks like a creat collection. Some of the games I’ve played, some are totaly new for me. 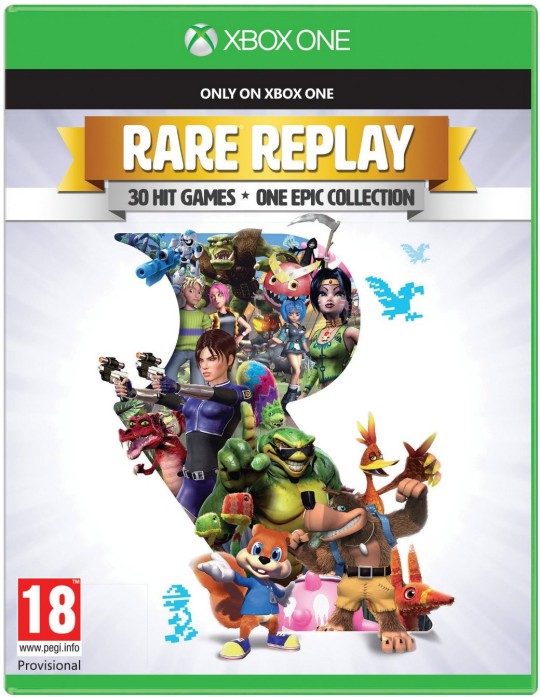 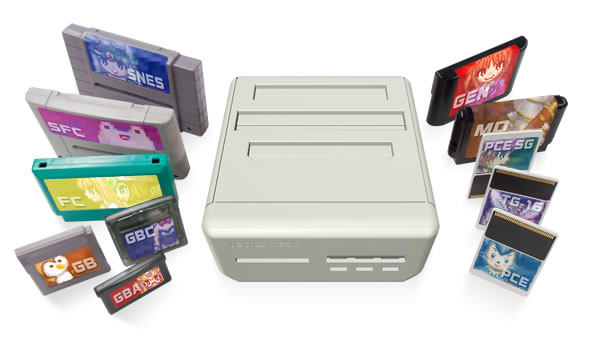 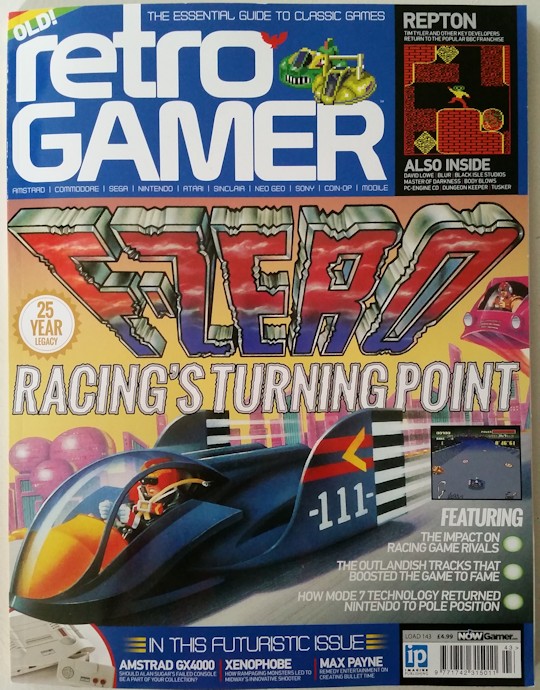 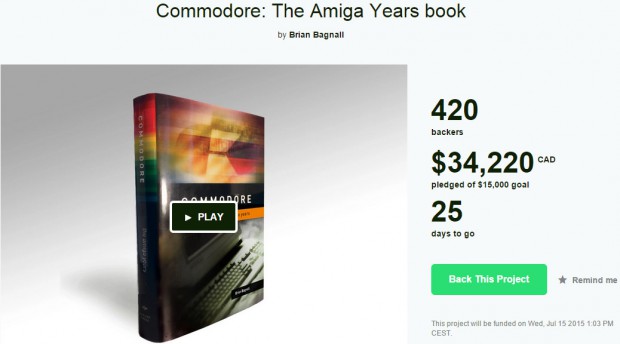 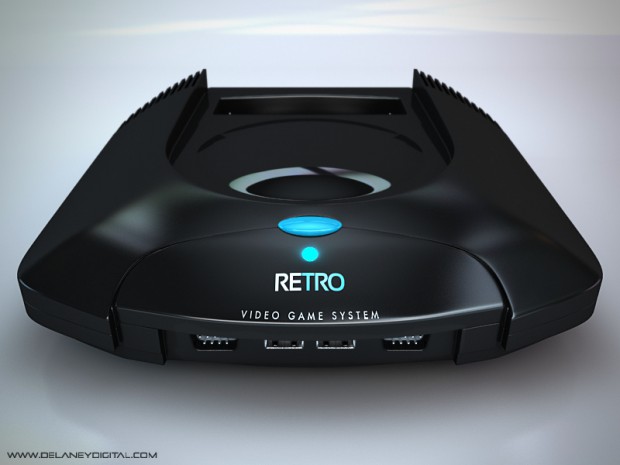 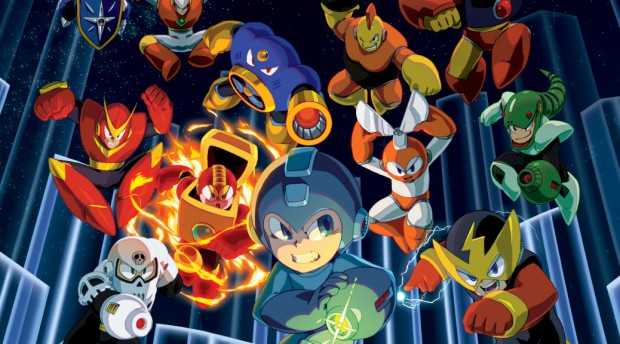 In the summer of 2015, Capcom is releasing Mega Man Legacy Collection as digital download on Xbox One, PS4 and PC. The game will also appear on the Nintendo 3DS in the winter.

The collection will include the six first Mega Man games. It will be in 1080p and include leaderboards, challenges and replays. It will cost you $14.99/£11.99.

Leaderboards, challenges, replays: Challenge Mode takes moments from each title and weaves them into a series of, well, challenges! So things like ‘can you do these six areas strung together with one life bar’ or ‘try fighting all six Mega Man 1 bosses in a row.’ And to keep the quest for the best time alive, the top performers in each Challenge will have their replay data uploaded and viewable to everyone! There will be many challenges to vex seasoned players AND help train newcomers in the ways of the Blue Bomber.

Retro Gamer issue 142 landed in my mail here the other day. And this is some of the things to read in the latest issue: 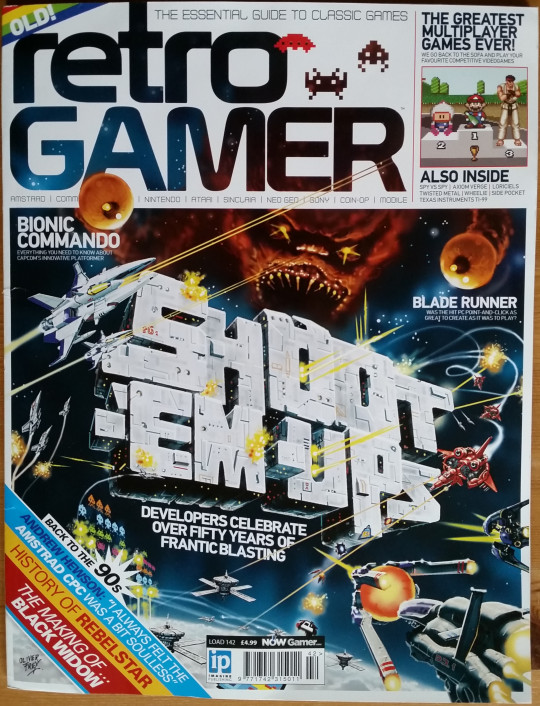 Namco released Pac-Man on May 22, 1980 in Japan. So this make the games 35th anniversary! Happy birthday! 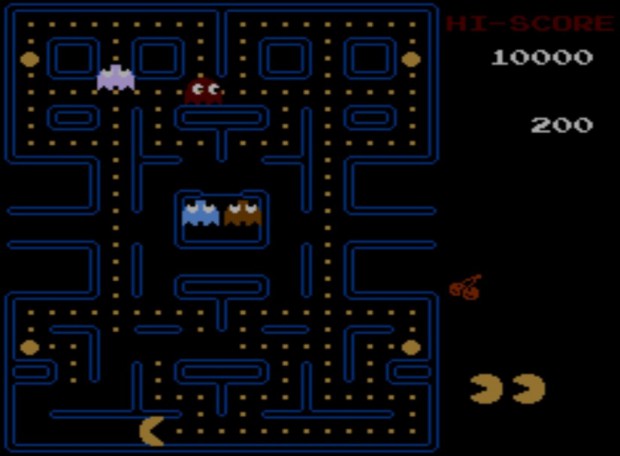 The new Kickstarter from Sam Dyer og Bitmap Books is a great success. On Friday 15th May, they launched ZX Spectrum: a visual compendium by BITMAP BOOKS. Just within hours, they met their £20.000 mark, making this book a reality.

A quote from the Kickstarter:

Sinclair ZX Spectrum: a visual compendium will focus on the visual side of the computer; from in-game pixel art to game maps to box artwork, the book will be crammed full of beautiful high-resolution, full-colour imagery. The ZX Spectrum is a true British icon and at the time boasted cutting-edge product design. This unique and iconic image is something that we want to capture; the ultimate aim is to produce a book which proudly pays homage to this classic home computer.

You have until June 15 to back this Kickstarter. 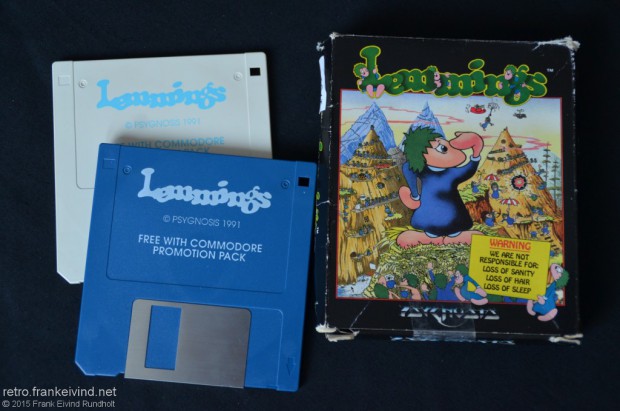 “Take command of the wackiest collection
of misdirected rodents ever seen on your screen.”

This is the description of Lemmings on the back of the Amiga box. In the manual it also says that the Lemmings ar cute, but stupid.

The first time I played Lemmings, was on a PC DOS-machine in the beginning of the 90’s. It’s been a while, so I doesn’t remember exactly. Bu the game was first released on Amiga, on February 14, 1991 and it sold very well. Because of the popularity, it was convertet to almost all computers and console under the sun at the time.

For those of you who haven’t played Lemmings before (and for those who have, but started to forget), these small creatures have only one purpose in life: to walk. They walk and walk unless they’re told to do othervice, or walk of a cliff or something and dies.

Luckily, you can tell the Lemmings to do other stuff too:

Which ability you can assign to a Lemmings, varies from levels to levels.

There are four difficulties in the game: FUN, TRICKY, TAXING and MAYHEM. Each harder than the other. They all have 30 levels which makes it 120 levels in total.

There is also 20 levels of 2 player fun. I haven’t tested that, but from what I’ve seen, it looks like fun.

When you have passed a level, you get a password so you can continue from there next time you play.

I like it best on FUN. You can mostly get the levels on the first try. The MAYHEM-levels are way harder. In the first levels of FUN, all the abilities are available for you to use. In that way you can learn how they works until you reach the harder levels.

The graphics is very good. Even though the backgrounds only have one colour, the landscape is very detailed. The Lemmings is only 8 pixels high, but you can see them walk, digg, the hair waves. The Amiga is able to show 100 Lemmings on screen at the time.

The sound is also good. You will recognize many of the tunes. The developers wanted to use old themes from movies and TV-shows, but dropped it in the last minutes, to not come in conflict with copyright holders. They used public domain tunes or made their own. And you got to love the “Oh! No!”-sample.

It’s been 25 years since the release of the game, but Lemmings is still a great game. It’s fun and very entertaining.

“A forgotten Blocker, a rogue Miner or
a misplaced bridge could spell disaster for every Lemming on screen.“